Men Stand Together For Women in #99949 Campaign

At 9am on Monday, 9 September, men from all over the country stood together in silence for 9 minutes as part of the #99949 campaign. The silent protest was the result of a challenge by Mankind Project to all men to step up and confront the ongoing violence against women and children in South Africa. 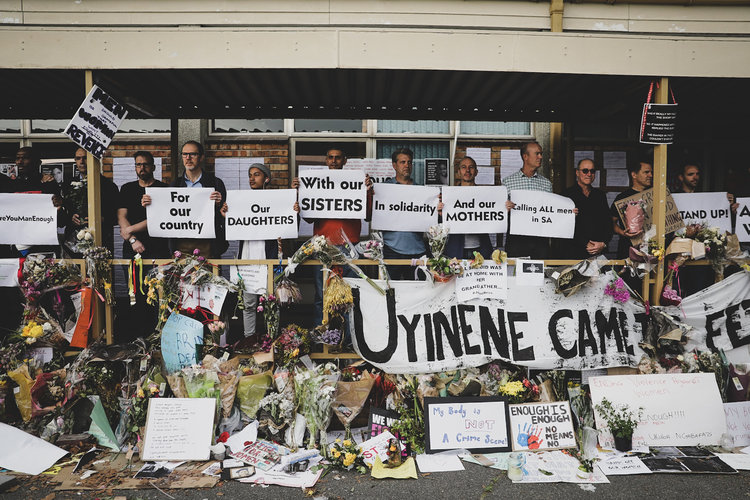 “We are standing in solidarity with our wives, our mothers, our daughters, our girlfriends, our lovers, our friends, our colleagues, OUR COUNTRY in grief, sadness, shame and anger at the current state of our nation.” says Kholekile Dlakiya from the Mankind Project, an international community of men representing all walks of life across society. 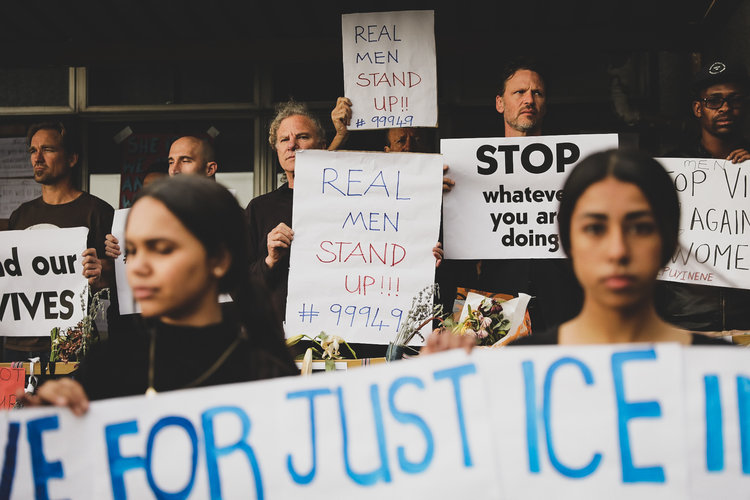 The ManKind Project South Africa is a nonprofit organisation that conducts challenging and highly rewarding programs for men at every stage of life. They support a global network of peer-facilitated men’s groups, where men mentor men through the passages of their lives. ManKind Project aims to empower men to missions of service, supporting them to make a difference in the lives of others – men, women, and children around the world.

“We are fathers and sons, brothers and husbands, and along with all women, we are role models for our families and our communities. And we need to take responsibility for the roles we play, whether actively or passively, both by our actions and our inaction” says Aron Halevi, a musician and social innovator who launched #99949 last week. 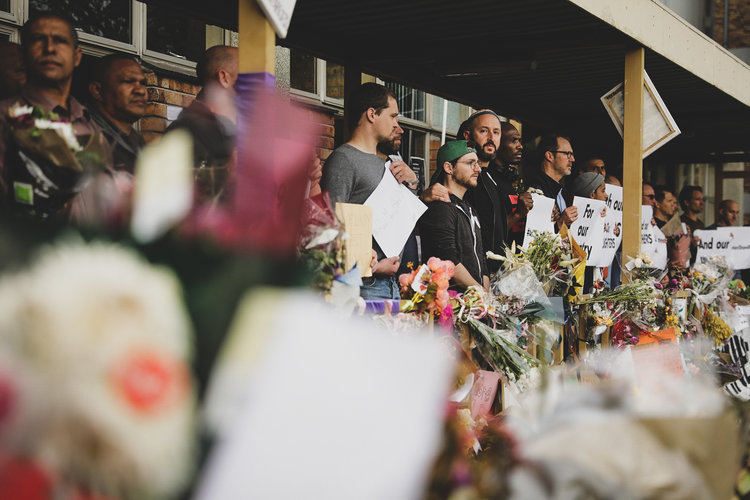 Halevi conceptualised the campaign in the midst of the countless rapes and murders reported in August. The staggering irony that August was women’s month was not lost on Halevi.

Collaborating with Heavy Chef and a host of other organisations, Halevi quick spread the word to the South African public. Men across the country responded in a telling show of solidarity against a backdrop of last month’s senseless spate of gender-based violence.

“It is critical that men take ownership of this issue,”adds Heavy Chef CEO Fred Roed. “In the midst of Women’s Month, South Africa saw over 30 reported counts of violent crime against women by their own spouses. Police recorded over 170,000 reported crimes against women last year, and over 36,000 of those were sexual offences, including rape, assault and the murder of almost 3,000 women. This can’t go on.” 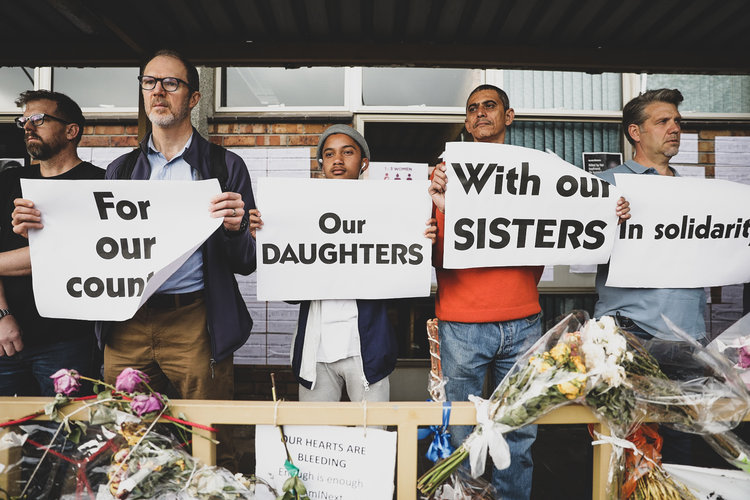 “The #99949 campaign is only a small step, but it’s in the right direction. Heavy Chef is proud to support Mankind Project and Aron’s campaign.”

Mankind Project and #99949 challenge ALL men in South Africa, regardless of age, race, sexuality or income to stand together at this critical time in our history. Let us all do whatever we can to keep our families, our streets, our communities and our country safe from the legacy of violence and abuse that still plagues our society. 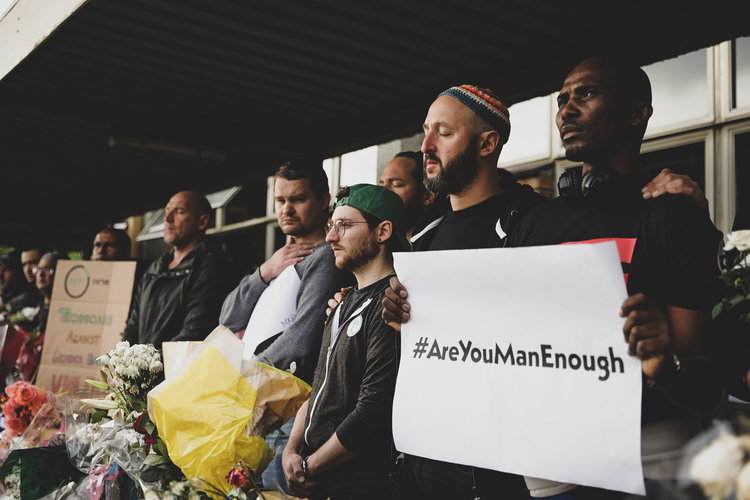 Join the conversation on how men can effect this change using #RealMenStandUp #AreYouManEnough #99949.

child safety in South Africa has never been more..

MKP in the News